A new pair of takahē were released at Rotoroa Island on Saturday, as part of a programme to save the endangered species

We officially have 8 takahē on the island (including a 2-week-old chick).
Here are some snippets from Saturday's release of Mulgrew and Fyffe. 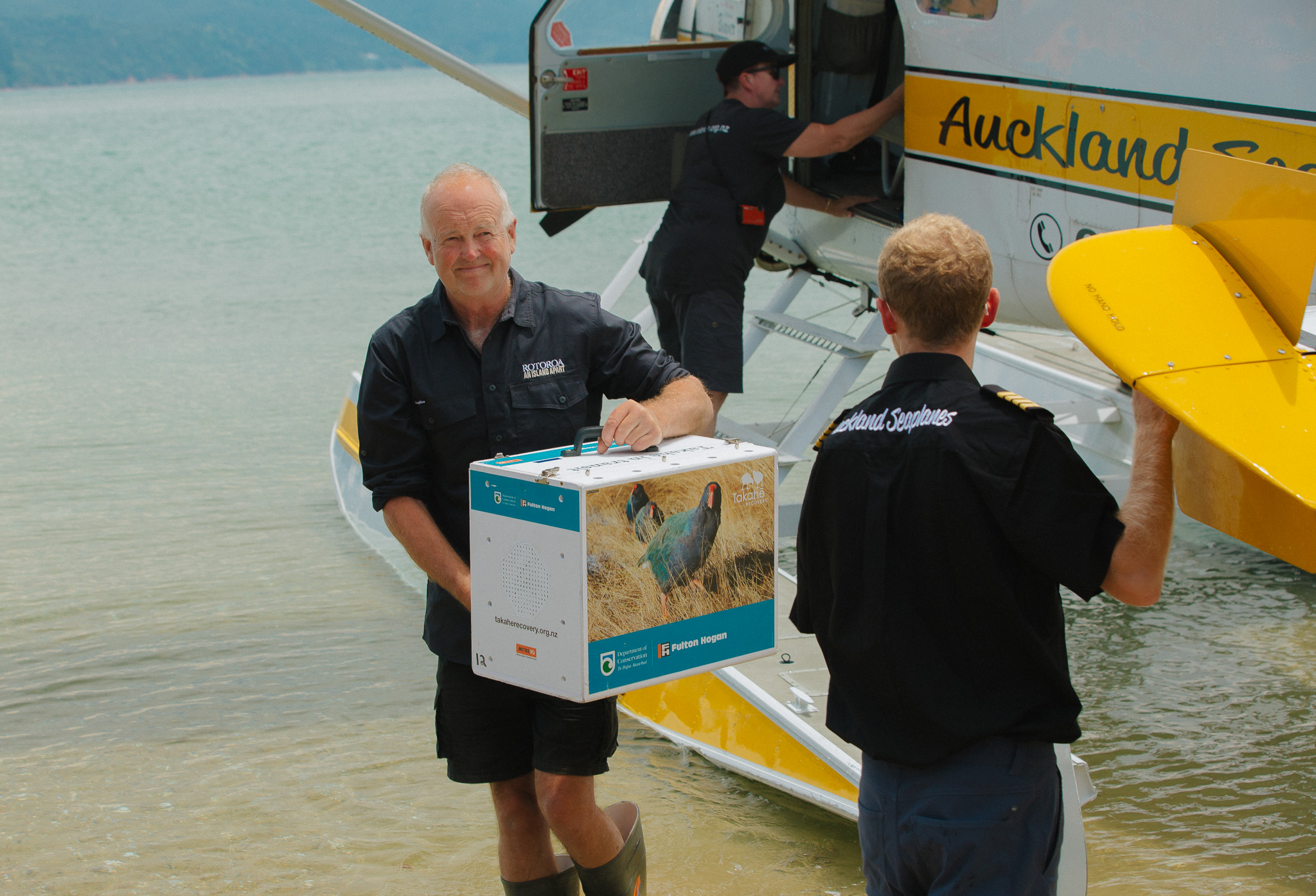 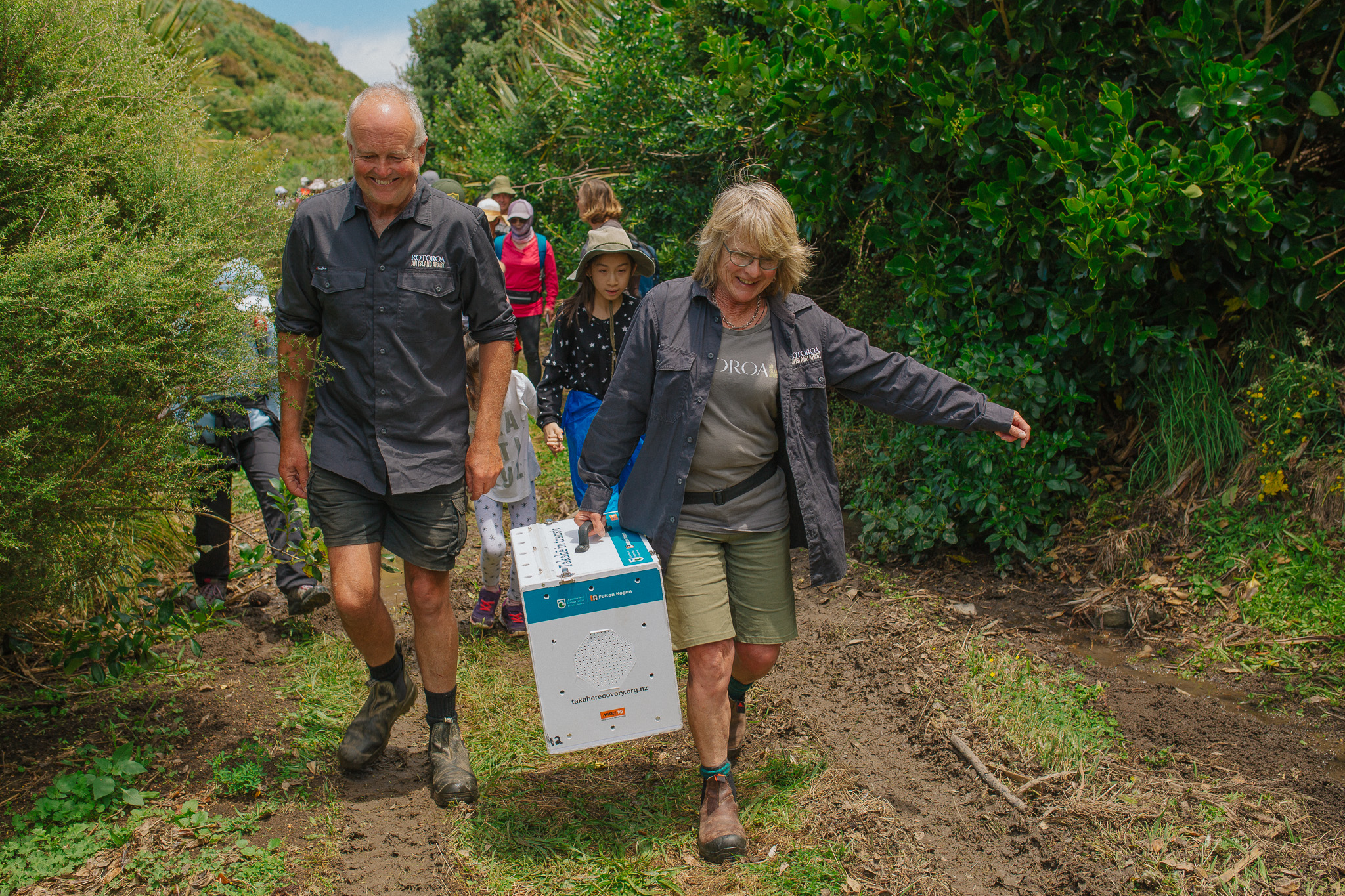 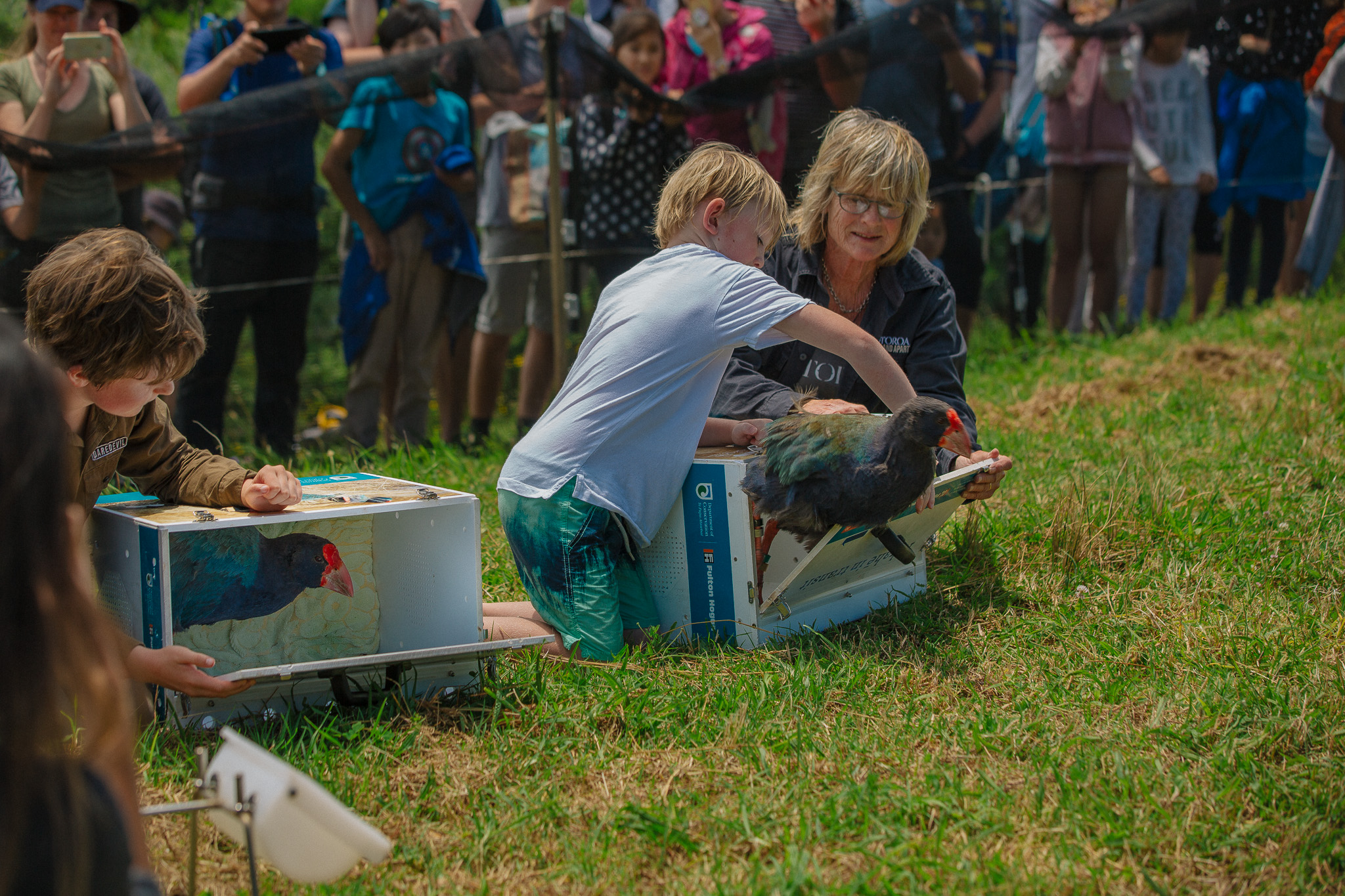 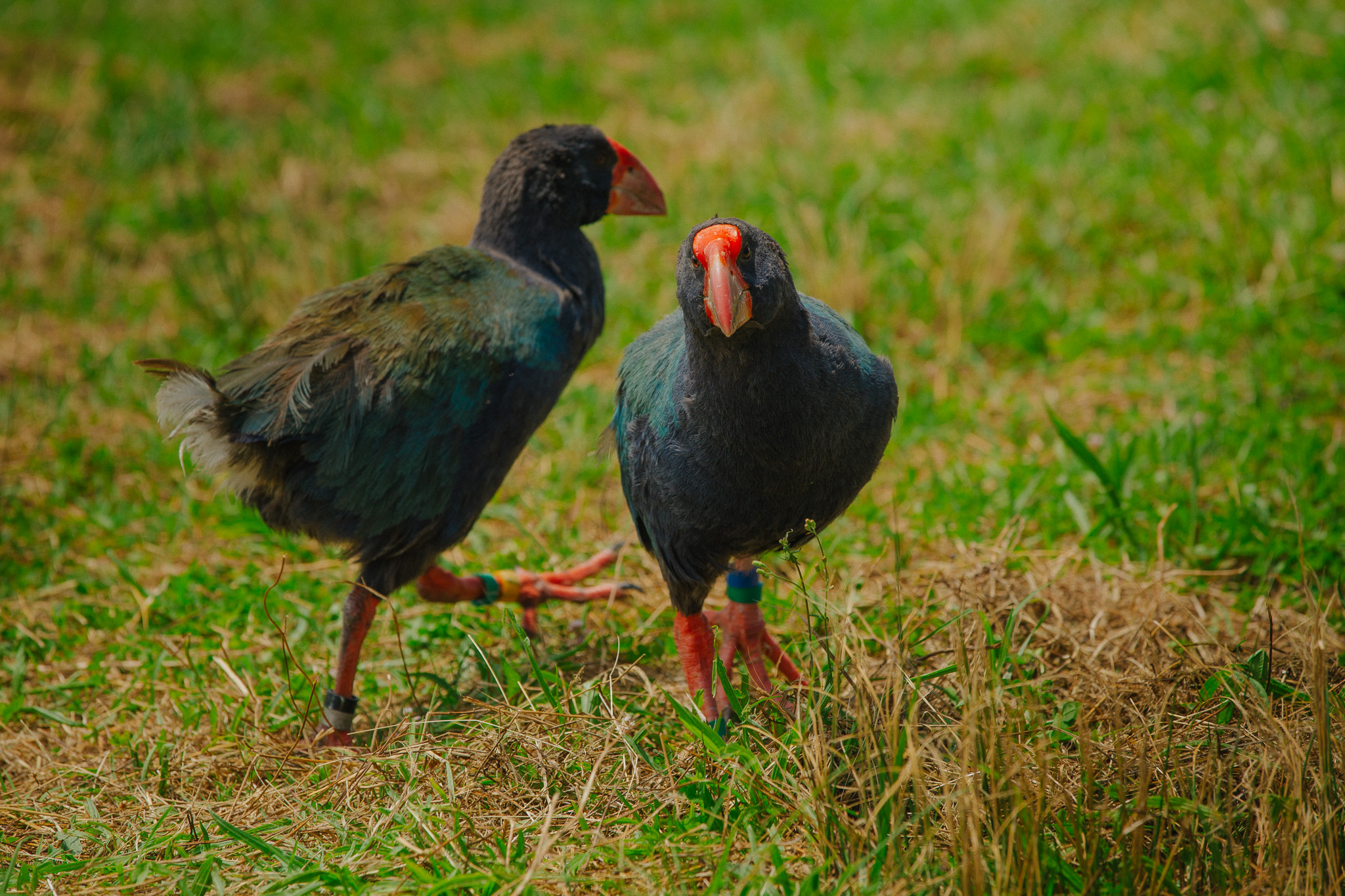 ONENews covered the release; check out their story 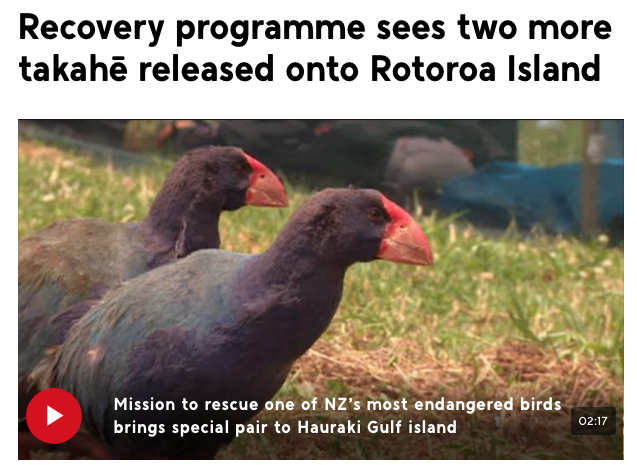 Live video on our instagram for the full footage

A special thanks to Auckland Seaplanes for transporting the birds, to the 150 people who showed up to welcome them, for Fullers360 - Experiences & Cruises who took everyone to the island (on the ferry named takahē), and to 1 NEWS for covering this special occasion.