A carefully choreographed love match is taking place at Rotoroa Island today – all in the name of conservation. 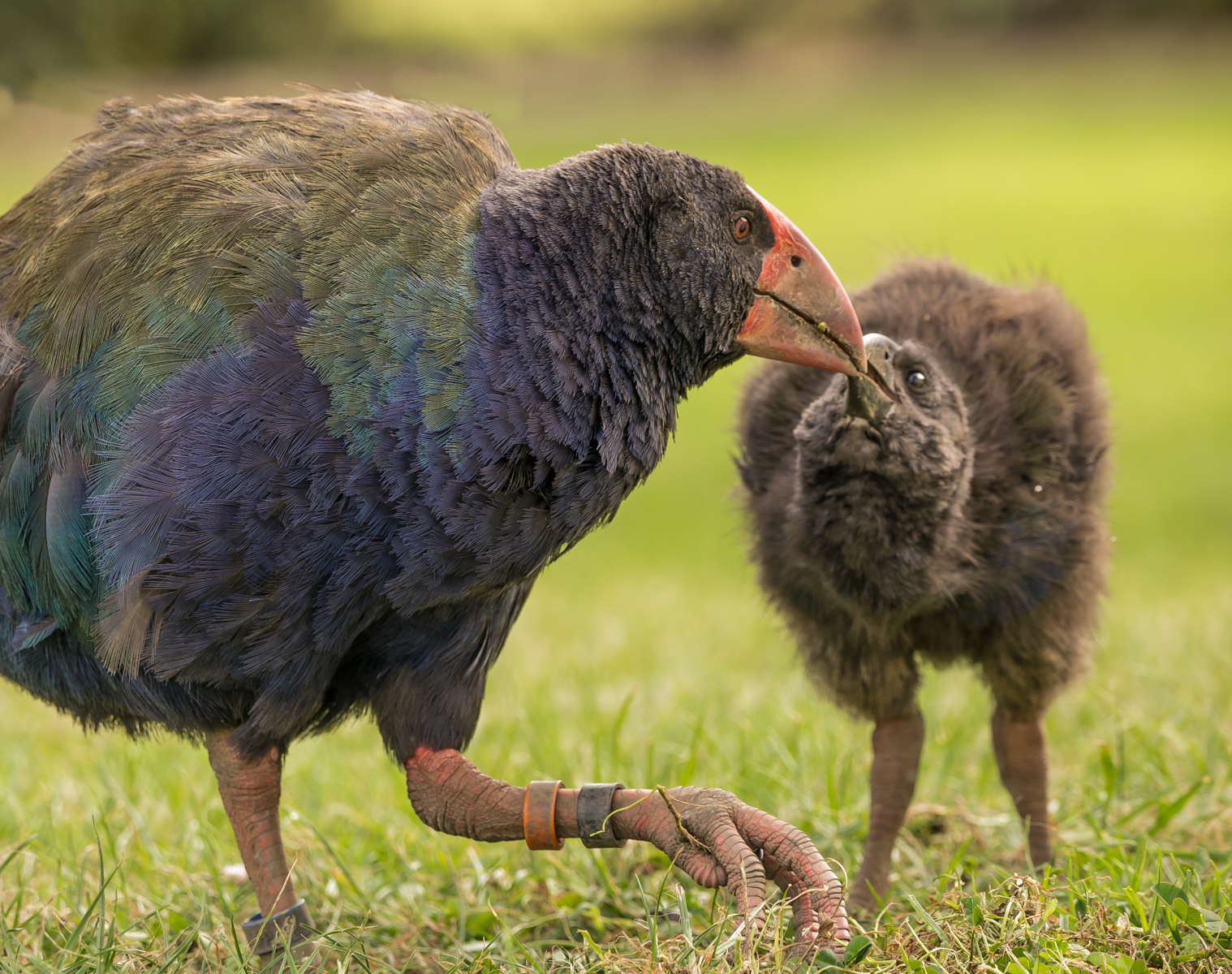 Silberhorn, the matriarch of the takahē population on Rotoroa Island is the subject of some match making with a new arrival Hawkeye, which is being flown up from Burwood Takahe Centre, Fiordland, in the hope they will mate and help save the endangered species.

The takahē (Porphyrio hochstetteri) was thought to be extinct until 70 years ago when some were discovered in the Murchison Mountains. With careful management the population has now grown to 376 (it’s increasing by 10% per year) and genetic diversity is paramount to the species survival. It is a large, brightly coloured flightless bird that weighs up to three kilograms, with a bright red conical bill.

Because of its endangered status, the Department of Conservation’s Takahē Recovery Programme manages the species as one big population. It monitors each bird carefully, moving them around safe locations throughout the country and annually giving each takahē pair an RX value, a ‘suitability value’ based on their relatedness and relative rarity.

“The purpose is to increase genetic diversity, primarily to make the species more robust and adaptable in the future to things like climate change or disease." says Phil Marsh (Takahe Recovery Programme Secure Sites Ranger, Department of Conservation)

Silberhorn, a bossy “ruler of the roost” at Rotoroa is one of very few offspring from her parents lines, so is considered valuable. She is a fertile breeder having mothered three chicks over the past three years– hence the desire to introduce her to a potential new partner to amplify her genes. But the arrival of Hawkeye will mean she will be forced to split with her current mate Teichelmann.

“The team at Rotoroa Island is absolutely delighted Silberhorn has been identified as such as valuable member of the takahē community,” says Rotoroa Island ecologist Jo Ritchie.

“We feel really privileged to be part of the Takahē Recovery Programme and we can’t wait to welcome Hawkeye – which means we will potentially have three breeding pairs.” 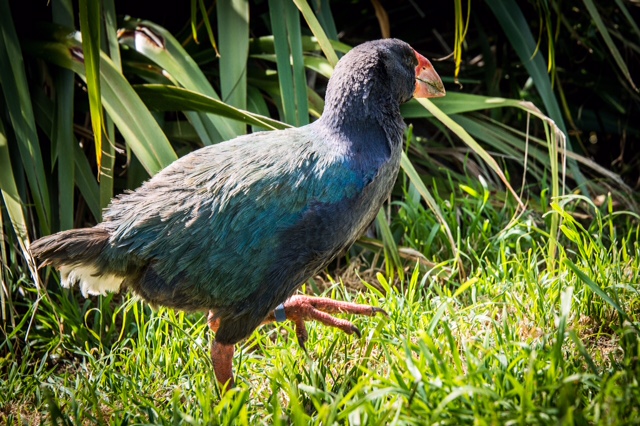 Photo: Hawkeye, prior to his transfer to Rotoroa Island. Credit: Department of Conservation

The Department of Conservation’s Takahē Recovery Programme Manager, Phil Marsh says Hawkeye is one of Burwood’s favourite takahē, a big male bird with a quieter nature and a large appetite. He says they regularly split up a mating pair for genetic reasons and the birds, tend to adjust.

“We’ve managed to complete a number of these shifts in the past with success. It may take a little time for Hawkeye to settle in, and for Teichelman and Silberhorn to adjust to being apart. But we are hopeful Hawkeye and Silberhorn will establish a relationship quickly and get into breeding mode in time to produce a chick(s) this season.” he says.

And there is an added bonus for Hawkeye in his new home at Rotoroa Island.  One of his offspring Mulgrew was also transferred to Rotoroa Island last year – so as well as a potential new romance – there will be a father and son reunion as well.

WHAT IS AN RX VALUE?

The RX value is on a scale of 1-7 (1 being good, 7 being unsuitable for breeding). It combines mean inbreeding coefficients, relatedness, and how common the bloodline of each bird in the pair is. An RX1 or RX2 will always be an unrelated pair with uncommon bloodlines so it is critical to have these birds in a safe site and ideally encourage double/triple clutching.

We have no RX7 pairs on Rotoroa Island but we do have RX6 in the current Silberhorn/Teichelman pairing. These are birds that will make RX6 with pretty much whoever they are paired with. Their RX value has lowered in value (increased in number) because Silberhorn is one of very few offspring from her parents lines. Teichelman has a number of siblings, some of which are now breeding, and has less valuable parents to begin with, yet Silberhorn’s line is quite underrepresented. The calculation is telling Takahe Recovery team that we need to amplify Silberhorn’s genes by breeding with another rare bird, not a common one.